Statement regarding the independence of the Canadian Transportation Agency

At the Heart of Transportation:
A Moving History

The Canadian Transportation Agency (CTA) is an independent, quasi-judicial tribunal and regulator that has, with respect to all matters necessary for the exercise of its jurisdiction, all the powers of a superior court.

The CTA is made up of five full-time Members; up to three temporary Members may also be named. The Members, who are all based in the National Capital Region, are supported in their decision-making process by some 330 employees and administrative staff.

The CTA has three core mandates

To help advance these mandates, we have three tools at our disposal:

Our Code of Values and Ethics outlines the core values and expected behaviours that guide us in all activities related to our professional duties. Our guiding values are: 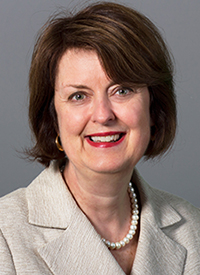 France Pégeot was appointed Chair and CEO of the Canadian Transportation Agency (CTA) on June 1, 2021.

Before joining the CTA, Ms. Pégeot most recently served as Executive Vice-President of the Canadian Food Inspection Agency (2018-2021).

Prior to becoming Assistant Deputy Minister, Ms. Pégeot participated in an Interchange assignment with Encana Corp. in Calgary (2005-2006) and worked in various departments, including Health Canada and the Privy Council Office. She started her career in the Quebec Ministry of Agriculture, Fisheries and Food.

She holds a Master of Policy Analysis and a Bachelor of Food Science and Technology, both from Laval University.

Liz Barker began a five-year term as Vice-Chair and Member of the Canadian Transportation Agency (CTA) on April 3, 2018.

Liz joined the CTA's predecessor, the National Transportation Agency, in 1991 as counsel.  She has held several positions at the CTA, including, most recently, Chief Corporate Officer, Senior General Counsel and Secretary.  She has worked in all areas of the Agency’s mandate over the years, but has specialized in advising the tribunal in complex dispute adjudications and oral hearings on controversial subjects including rail level of service complaints, a wide range of complex accessible transportation disputes, and ministerial inquiries into marine pilotage and the accessibility of inter-city motor coach services.  She has also worked extensively in the development of the Agency’s approach to its human rights mandate, administrative monetary penalties regime, alternative dispute resolution, final offer arbitration, and rail level of service arbitration.  She has appeared as counsel before all levels of court, including the Federal Court, the Federal Court of Appeal, and the Supreme Court of Canada, as co-counsel in Council of Canadians with Disabilities v. VIA Rail Canada Inc., [2007] 1 S.C.R. 650.

Liz was a recipient of the Queen’s Diamond Jubilee Medal in 2016 for her work at the Agency, in particular in accessible transportation, the administrative monetary penalties program, and for her leadership of the Legal Services Branch.

Liz received her law degree from Osgoode Hall Law School in 1987 and her B.A. (Honours in Law) from Carleton University in 1984.  She has been a member of the  Law Society of Ontario since 1989.

Mark MacKeigan began a four-year term as a Member of the Canadian Transportation Agency on May 28, 2018.

He comes to the Agency from The St. Lawrence Seaway Management Corporation, the not-for-profit operator of the federal government's Seaway assets, where he was Chief Legal Officer and Corporate Secretary from 2014.

Mark is not entirely new to the Agency, having served previously as a Member from 2007 to 2014 and as legal counsel on specific files in a contract position during 1996.

His transportation law experience includes six years as senior legal counsel with the International Air Transport Association in Montréal from 2001 to 2007, focusing on competition law, cargo services, aviation regulatory and public international law matters. From 1996 to 2000, he was legal counsel with NAV CANADA, the country's provider of civil air navigation services.

Mark began his legal career in private practice in Toronto. After earning a Bachelor of Arts with highest honours in Political Science from Carleton University, Mark obtained his law degree from the University of Toronto and a Master of Laws from the Institute of Air and Space Law at McGill University. He also holds a postgraduate diploma in European Union Competition Law from King's College London.

He is a member of the Bars of Ontario and the State of New York and is admitted as a solicitor in England and Wales.

After 25 years of public service, Mary Tobin Oates joined the Canadian Transportation Agency on 9 July 2018. As a lawyer, Mary practised in different areas of law, largely in public and administrative law. She appeared before the Pension Appeals Board and the Federal Court of Appeal regarding disability benefits under the Canada Pension Plan and the Old Age Security Act. Mary served as a Board member of the Veterans Review and Appeal Board where she determined eligibility for disability benefits for members of the Canadian Forces and the Royal Canadian Mounted Police. Mary provided legal and policy advice on indigenous issues to the Department of Justice and to Indian and Northern Affairs Canada. She also served as Board member to Tungasuvvingat Inuit, a not-for-profit, charitable organization that provides services to and advocates on behalf of Inuit who live in southern Canada.

Mary received her Bachelor of Arts from Memorial University of Newfoundland and graduated from Osgoode Hall Law School. She has been a member of the Law Society of Ontario (formerly the Law Society of Upper Canada) since February 1997.

Heather Smith became a full-time Member of the Canadian Transportation Agency on August 27, 2018. Heather was most recently Vice-President, Operations at the Canadian Environmental Assessment Agency. In previous positions, Heather was Executive Director in the Government Operations Sector of Treasury Board Secretariat, and Director General in the Strategic Policy Branch at Agriculture and Agri-Food Canada (AAFC). Heather held several management positions within Justice Canada, as General Counsel and Head of AAFC Legal Services, General Counsel and Head of Legal Services at the Canadian Environmental Assessment Agency, and General Counsel in the Legal Services Unit of Social Development Canada/Human Resources and Skills Development Canada. 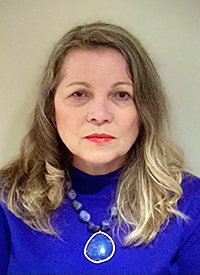 Inge Green was appointed as a temporary Member of the Canadian Transportation Agency (CTA) effective March 31, 2021.

Inge was Senior Counsel with the CTA in its legal services unit. She started working at the National Transportation Agency, the predecessor of the CTA, in 1988 and worked for 32 years in the areas of transportation, administrative, constitutional, and human rights law.

During her time at the Agency, Inge worked in all areas of the Agency’s mandate. She worked on a wide range of domestic and international air matters. She also worked extensively in the development of regulations and acted as a mediator. She advised the Agency on a wide range of oral hearings, including rail level of service complaints and complex accessible transportation disputes. She appeared as counsel before the Federal Court of Appeal, and the Supreme Court of Canada, as co-counsel in the case of Council of Canadians with Disabilities v. VIA Rail Canada Inc.

Inge was the recipient of the Community of Federal Regulators’ Regulatory Excellence Award (2019) as well as the Chair’s Award of Excellence.

Inge obtained her law degree from the University of Ottawa in 1987 as well as a Bachelor of Arts (English Concentration) in 1984. 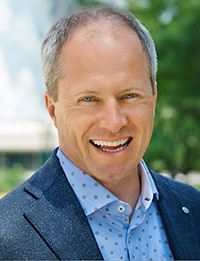 Toby Lennox was appointed as a temporary member of the Canadian Transportation Agency on March 31, 2021.

Toby is a lawyer and executive based in Toronto. He practiced corporate commercial law with Osler and then joined the Greater Toronto Airports Authority in 1995 to negotiate the transfer of Toronto-Pearson International Airport to the GTAA. He held the position of Senior Legal Counsel with the GTAA handling a variety of regulatory, administrative, corporate governance and commercial matters. In 2007, he joined the senior management team with the GTAA and held the position of Vice President, Strategy Development and Stakeholder Relations. In this role, among other duties, he had responsibility for overseeing all of the airport authority’s interactions with regulatory bodies and agencies. Toby left the GTAA in 2014 and was asked to work on the creation of Toronto Global, the Toronto Region’s investment attraction agency. He served as CEO of Toronto Global until February of 2021. 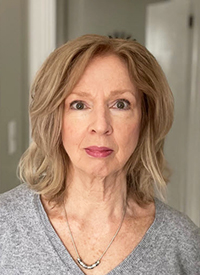 Lenore Duff returned to the Canadian Transportation Agency after having served as a temporary Member from 2018-2020. She is a former public service executive with 28 years of service with the Government of Canada whose positions included Director General, Strategic Initiatives at the Labour Program; Director General, Surface Transportation Policy at Transport Canada; and Senior Privy Council Officer supporting the Social Affairs Committee of Cabinet. Her primary focus throughout her career has been on the development of policy and legislation across a broad range of economic and social policy areas.

As Director General, Surface Transportation Policy at Transport Canada, Lenore was responsible for developing policy options and providing advice on strengthening the freight rail liability and compensation regime, as well as on reforming freight rail provisions as part of the recent modernization of the Canada Transportation Act. At the Labour Program, her work included leading the development of a series of legislative initiatives designed to enhance protections for federally regulated employees. Prior to that, Lenore was responsible for the development of policy initiatives related to income, employment and disability.

In the course of her career, Lenore has also had the opportunity to conduct consultations with a broad range of industry, civil society and government stakeholders to inform the development of policy and legislation.

Lenore earned both a Bachelor of Arts (Honours Sociology) and Master of Arts in Sociology from Carleton University.